What happens in Lisbon throughout the year 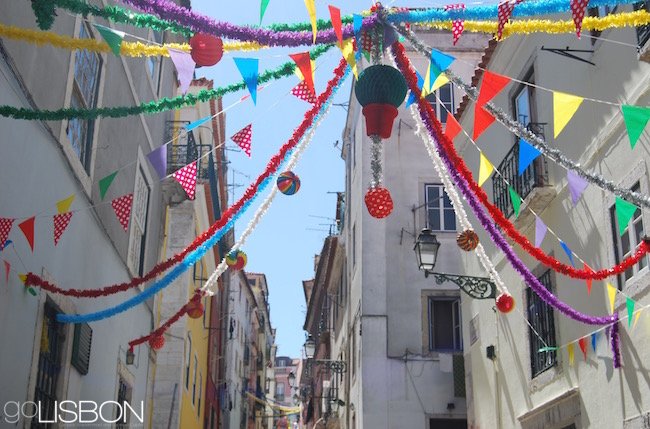 There's always something going on in Lisbon throughout the year, from major concerts to film and music festivals. Below is a list of the regular annual events in the city:

March
Half Marathon - Thousands of athletes run 20km across 25 de Abril Bridge to the finishing line at the Jeronimos Monastery in Belém.

ModaLisboa - Lisbon Fashion Week - Portugal's top designers present their collections down the catwalk in March and October, and celebrate with glamorous parties and after-show events.

April
IndieLisboa - Indepedent Film Festival - Screening hundreds of international independent films, this has become one of the biggest festivals in the city.

Dias da Musica - Belem Cultural Center (CCB) opens its doors to a marathon of classical music concerts over a weekend in late April.

May
Rock in Rio - Lisboa - The biggest musical entertainment event in the world moved from Rio de Janeiro to Lisbon in 2004. It takes place in Bela Vista Park close to the Parque das Nações district every two years, where the world's top entertainers perform live over several days. Famous names from previous editions include Sting, Bruno Mars, Katy Perry, and Britney Spears. A "World Stage" also presents the best artists in World Music, while an "Electronic Tent" is where the most famous international DJs spin until morning.

Book Fair - Open-air stalls in Edward VII Park sell discounted books, including some rare volumes. Most are in Portuguese, but there are usually some stalls that include English-language editions.

Gay Pride - A week of events held at various venues around the city, culminating in the Pride March down Avenida da Liberdade and a street party in Comercio Square.

Festas de Lisboa - Month-long event with street parties in Alfama and other historic neighborhoods, honoring Saint Anthony and other saints, although there's nothing religious about these festivals. They're an excuse for eating, drinking, and dancing on the streets. On the night of June 12th there's a parade down Avenida da Liberdade.

August
Jazz em Agosto - The Calouste Gulbenkian Foundation's open-air amphitheater is the stage for several Jazz musicians and concerts over the month of August.

September
Queer Lisboa - Gay and Lesbian Film Festival - Now over two decades old, this festival features dozens of international films that focus on gay issues. The screenings take place in a couple of different theaters around the city, but the main ones are in Cinema São Jorge in Avenida da Liberdade.

October
DocLisboa - Documentary Film Festival - Annual film festival screening short and feature-length documentaries from around the world. It takes place in Culturgest uptown and includes an open forum for a debate about filmmaking and the selected films screened.

ModaLisboa - Lisbon Fashion Week - The Spring/Summer collections of Portugal's top designers for the following year are sent down the runway followed by after-show parties and events.

French Film Festival - The latest (and best) French films are shown in Lisbon, organized by the French-Portuguese Institute.

December
New Year's Eve - Comercio Square is the setting for Lisbon's fireworks announcing the new year. National pop singers and bands add to the celebrations on a stage in the square.