The Art of Portuguese Ceramic Tiles 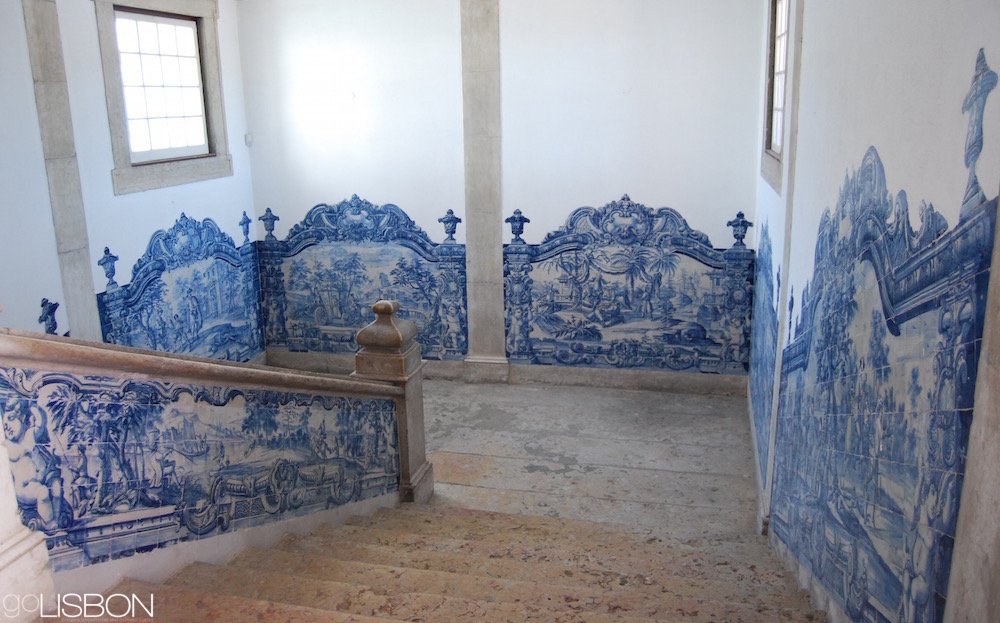 Tiles (called azulejos) are everywhere in Portugal. They decorate everything from walls of churches and monasteries, to palaces, ordinary houses, park seats, fountains, shops, and train stations. They often portray scenes from the history of the country, show its most ravishing sights, or simply serve as street signs, nameplates, or house numbers.

Although they are not a Portuguese invention (the use of glazed tiles began in Egypt), they have been used more imaginatively and consistently in Portugal than in any other nation. They became an art form, and by the 18th century no other European country was producing as many tiles for such a variety of purposes and in so many different designs. Today, they still remain a very important part of the country's architecture.
After the Gothic period, most large buildings had extensive areas of flat plaster on their interior walls, which needed some form of decoration. These empty architectural spaces produced the art of the fresco in Italy, and in Portugal, the art of the azulejo.

The term azulejo comes from the Arabic word az-zulayj, meaning "polished stone." The Moors brought this term to the Iberian Peninsula, but despite their long presence, their influence in early Portuguese azulejos was actually introduced from Spain in the 15th century, well after the Christian reconquest. No tilework from the time of the Moorish occupation survives in Portugal.
King Manuel I was dazzled by the Alhambra in Granada (Spain), and decided to have his palace in Sintra decorated with the same rich ceramic tiles. The first ones were imported from Seville, and in accordance to Islamic law, they portrayed no human figures, only geometric patterns. 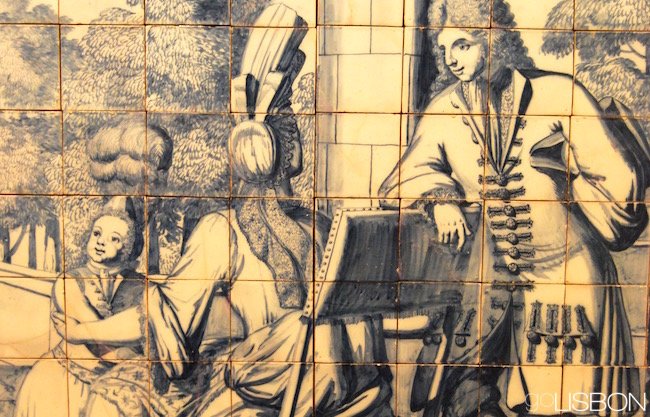 Gradually, the Portuguese painters weaned themselves off ornamental decoration, and employed human or animal figures in their designs. The dominant colors were blue, yellow, green and white, but in the 17th century, large, carpet-like tiles used just white and blue, the fashionable colors at the time of the Great Discoveries, influenced by the Ming Dynasty porcelain from China. They now portrayed Christian legends, historical events, and were not only decorative, but also protected against damp, heat and noise.

In Lisbon's Tile Museum, visitors can trace the development of tiles in Portugal from their beginnings to the present. Other outstanding displays are found in the city's São Vicente de Fora Monastery and Fronteira Palace, in Porto's São Bento Station, Almancil's São Lourenço Church, Buçaco's palace, Lamego's Nossa Senhora dos Remedios Church, and in several of Evora's churches and university.

Today, Portuguese tile factories also export to northern Europe, and azulejos by contemporary artists can be seen even in many of Lisbon's Metro stations. They are also tempting buys, especially in Lisbon, Sintra, and Algarve. Most visitors to Portugal end up buying a tile as a souvenir, which can be remarkably inexpensive.