From Grão Vasco to Paula Rego 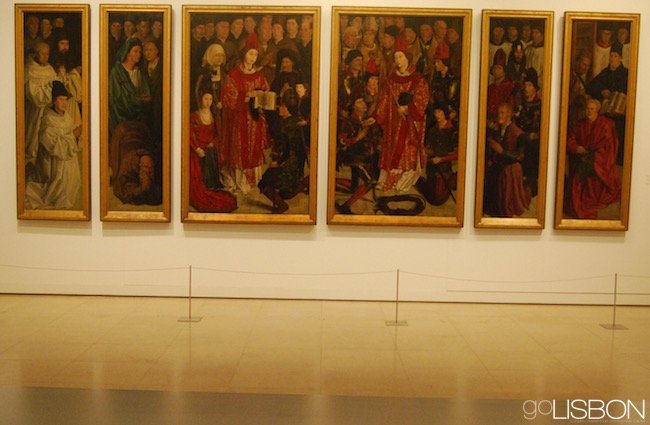 The first great age of Portuguese painting was the 15th century. The most outstanding example from this time is The Adoration of St. Anthony by Nuno Gonçalves, a group of panels with exquisite portraiture and realistic detail, now on display in Lisbon's Ancient Art Museum.

At the end of that century Portugal was one of the largest importers of Flemish paintings, which influenced Portuguese art, but a unique Portuguese style, Manueline, was developed in the early 16th century. It is a style characterized by realism in the composition of the backgrounds, brilliant gem-like colors, and expressive detail. The most celebrated Manueline painter was Grão Vasco, whose paintings are housed in a museum with his name in Viseu.

In the 17th century portrait painting flourished in Portugal as elsewhere in Europe. The most celebrated portraitist of the period was Domingos Vieira, whose portrait of Isabel de Moura can be admired in Lisbon's Ancient Art Museum. At the same time a female artist, Josefa de Obidos, made waves with her richly colored still lifes. The biggest name of the following century was Domingos de Serqueira, and the 19th century was characterized by the romantic, naturalist, and realist movements, influenced by the art of Paris.

One of the greatest of the modern artists was Almada Negreiros who worked in the Cubist tradition, and the three best known contemporary artists are Paula Rego, Pedro Cabrita Reis, and Julião Sarmento. Rego is perhaps the most widely acclaimed contemporary Portuguese artist, with works filled with allusions to Portuguese life and culture. She has a museum in Cascais.

Since the 1990s art galleries have sprouted around Lisbon, and there are a handful of major public and private exhibition spaces.