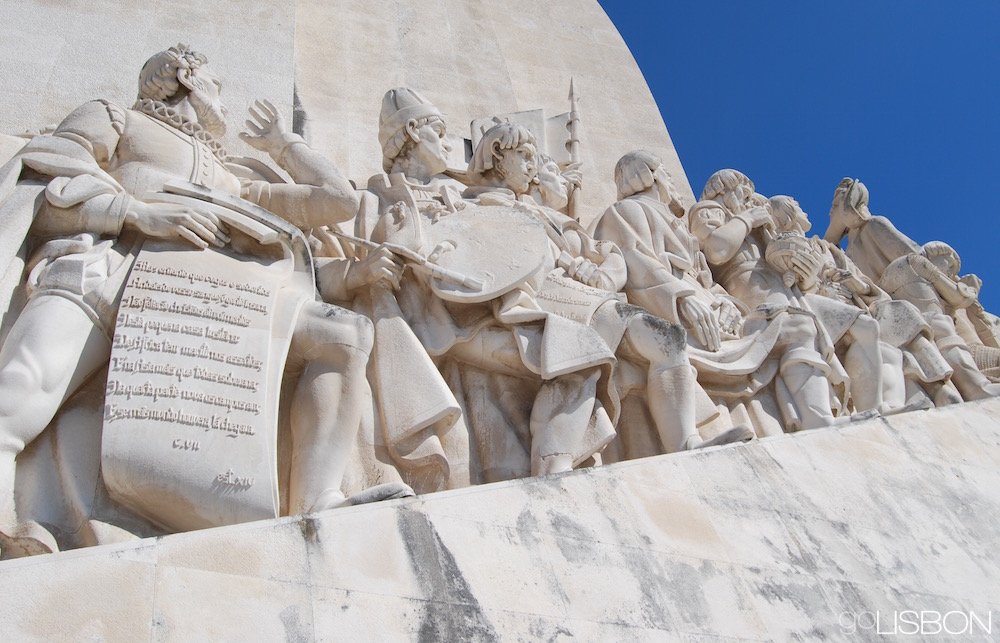 
According to the last census there are close to eleven million people living in Portugal. Almost two-thirds of them live in the coastal fourth of the country, with the capital city, Lisbon, and its surrounding metropolitan area having the largest population with around two million people. Porto, the next largest city, has a metropolitan population of about one million.

Most of the current Portuguese population grew from the mixture of all the peoples who have inhabited and traded in the region over the centuries. The first to settle were the Iberians, and over the years Celts, Romans, Germanic tribes, Moors, Jews, and others migrated into the area and combined to develop a people with unique physical characteristics. Most Portuguese have typical Mediterranean features like brown eyes, brown hair, and a height of less than 6 feet. Evidence of the Germanic tribes can still be seen in the north of the country, where taller, light-haired and light-eyed people are occasionally encountered, and in the south, traces of the Moorish period are seen in both the physical type and the way of life.
In the course of millennia this mingling between people, combined with the country's isolation from Spain and the rest of Europe, gave rise to a population structure that was homogeneous and distinctively Portuguese, both ethnically and culturally.

About 80% of the Portuguese population identify themselves as Roman Catholic (although only about 19% attend Mass and are actually practicing Catholics), but other religions enjoy freedom of worship.
Although church and state are separated in the constitution, the country's holidays, its moral and legal codes, health and educational systems, are intertwined with its Catholic heritage, and many are still baptized and married in church.
The Portuguese (mainly those in rural areas) are a deeply superstitious people whose formal Catholicism is profoundly intertwined with pre-Christian beliefs. Popular superstitions involve the phases of the moon and the evil eye, which is feared in a number of situations.

Western-style clothing is the norm, and people in the cities dress well. However, vestiges of traditional garb such as berets for men and black shawls for women may still be seen in some rural areas.

Defining a national character is never easy, but it can be said that most Portuguese are easy-going, welcoming, and friendly. Although some at first may appear sullen and morose to foreigners, they're generally known to be willing to go out of their way to help. Those in the northern part of the country are more formal and conservative, while attitudes in the south are generally more casual and relaxed. As in all countries, there are differences between rural and urban populations, with those from rural areas able to sustain themselves by their harvests, and generally distrusting Lisbon and other big cities for all they stand for: social turmoil and bureaucracy. They take festivals (usually in honor of a patron saint) very seriously, especially in the Minho province and the Azores Islands where they can last for days, with solemn processions, dances and fireworks.

The lifestyle of the urban population is like that of their counterparts in other European countries (smartly dressed and with cellular phones clamped to the ear), but in both rural and urban areas manners tend to be elaborate, especially in forms of address. When the Portuguese greet each other, they generally expect to be kissed on both cheeks, or exchange handshakes.
Another cultural activity in both the city and small towns is spending hours at cafés, usually gossiping over coffee. As in most "Mediterranean" countries, older men also tend to gather in the cobbled squares watching the world go by, while women also have their own get-togethers.

All children must attend school at least until the age of fourteen, and most finish high school. Beyond this level, admission to colleges and universities is limited by quotas set each year for each subject and school.
Women (most of whom have gone outside the home, excelling as university professors, doctors, and writers) account for more than half of all persons enrolled in higher education and almost half of the country's physicians. Yet their role in the household is still considered of primary importance.

Portuguese workers are known for being adaptable, hard working, and frugal. Industry employs over a third of the country's labor force, while nearly half work in service jobs. Employment varies by region, with the main occupations being heavy industry around the capital, tourism in Algarve, and agriculture in the Azores and Madeira Islands. Salaries, although rising, are still below the European Union average.

To the Portuguese, their nation is a place they truly love. Those in Lisbon can't believe there is a city more lovely than theirs, the citizens of Porto are truly fond of their city on the banks of the Douro River, and those from about everywhere else believe no other place compares to their terra, or homeland. The Portuguese who went to live abroad usually visit their terra every year, and many return to live their last days after retiring.


Portugal is also home to a growing number of immigrants. They include Africans, Eastern Europeans (mainly from Ukraine and Croatia), Brazilians, Asians, and other Europeans. Most live around Lisbon, Algarve, and Porto. Lisbon's suburbs (especially Amadora) are home to a large number of African immigrants from Portugal's former colonies, who make up about 1% of the country's population. Other minorities from the country's former overseas possessions include Goans (from the former Portuguese colony in the Indian subcontinent), who are usually educated, Roman Catholic, and Portuguese-speaking, as are the Macaoans (from the former Portuguese colony in China), who are generally of Chinese descent. There is also a growing number of Brazilians, many of whom enter the country as guest workers attracted to Portugal's new prosperity. All these groups are concentrated around Lisbon and Algarve, and although they are not fully assimilated and often face a varying degree of racial and cultural prejudice, it is not a serious social problem due to their small numbers.
In addition to those from the former colonies, there are perhaps as many as 100,000 Gypsies, most of them in Algarve. Despite government efforts to integrate them into the larger society, they remain a group apart, semi-nomadic, earning their living by begging, fortune-telling, and trading.
Other Europeans living in Portugal are mostly British who live in the larger cities (Lisbon, nearby Cascais, and Porto), and in Algarve, and a growing number of French citizens, who mostly settle in Lisbon.

Portuguese people around the world

Prominent Portuguese in the Arts, Sports, and Politics

Paula Rego - Appointed the first associate artist of England's National Gallery and living between London and Ericeira, Portugal, she has been placed amongst the four best living painters in England today.

Manoel de Oliveira - Beginning with silent films, he directed up to the 21st century, having earned a multitude of honors such as the Jury Prize in Cannes.

Prince Henry the Navigator - The guiding spirit of world discovery, devoting much of his life to the cause of exploration. He worked to improve ships, their instruments and maps.

Vasco da Gama - Explorer who made the first sea voyage from Europe to the East (India).

Bartolomeu Dias - European explorer to first round the southern end of the African continent, opening a sea route from Europe to the East. Along the way, he explored about 1260 miles of previously unknown African coast.

Fernão Magalhães (Magellan) - The first European to cross the Pacific Ocean, and leader of the first voyage that circumnavigated the globe.

João Rodrigues Cabrilho - Portuguese explorer (working for Spain; name often spelled in the Spanish version Juan Rodriguez Cabrillo), who was the first European to explore the west coast of North America, the first to navigate the coast of California, and founder of the city of Oaxaca, Mexico. The Cabrillo National Monument stands today in San Diego, California.

Pêro de Barcelos - Explored North America; was the first to sight the Coast of Labrador in 1498.

Lopes Gonçalves - The first to cross the Equator in 1473.

Pedro Mascarenhas - Discovered the islands of Mauritius and Diego Garcia in the Indian Ocean.

Fernão Mendes Pinto - Was in the first group of Europeans to visit Japan, funding the first Christian church there.

John Phillip Sousa- Musician born in Washington D.C. in 1854, best known for composing "Stars and Stripes Forever." Other popular marches include "Hands across the Sea", "Semper Fideles" and "The Washington Post March." He's also credited with over 130 marches, arrangements and operettas.

Emma Lazarus- Poet and essayist of Portuguese-Jewish heritage born in 1849 in New York City, best known for a sonnet about the Statue of Liberty, "The New Colossus," which was engraved on the statue's pedestal, welcoming immigrants to the United States:
"Give me your tired, your poor,
Your huddled masses yearning to breathe free,
The wretched refuse of your teeming shore,
Send these, the homeless, tempest-tossed to me,
I lift my lamp beside the golden door!"

Maria Isilda Ribeiro - Made the American flag that was placed on the moon.


Carmen Miranda - The Brazilian (Portuguese) Bombshell: Although she was labeled Brazil's most famous export in the 1940s and called "the Brazilian Bombshell," Carmen Miranda was actually Portuguese. She was born in the north of Portugal in 1909, and moved to Brazil with her family as a young child. Her singing talent was discovered when she was working making hats for wealthy customers in Rio de Janeiro and was asked to sing at a party. She made her first record at age 19, and was soon discovered by the United States. She was lured to Hollywood, and became the star of big Hollywood musicals in the 1940s and 50s. She became one of the highest paid performers in the country, known for her colorful costumes and fruit perched on the head. She starred in such 20th Century-Fox films as Down Argentine Way and The Gang's All Here, and decades after her death, still remains a legend of the Portuguese-speaking world.

Saint Anthony of Padua (Lisbon) - Although he is usually thought of as an Italian saint, Saint Anthony of Padua is really Saint Anthony of Lisbon. He was born in Portugal's capital in 1195, and joined the Franciscan Order in 1220. He studied in Coimbra, and became renowned for his devotion to the poor. He later traveled to Morocco and, after being shipwrecked, went to Italy, where he died in Padua in 1231. His humanistic preachings and concern for the poor made him internationally famous, and many miracles are attributed to him. In 1934 Pope Pius XI declared him a patron saint of Portugal, and today he's especially renowned as a matchmaker.