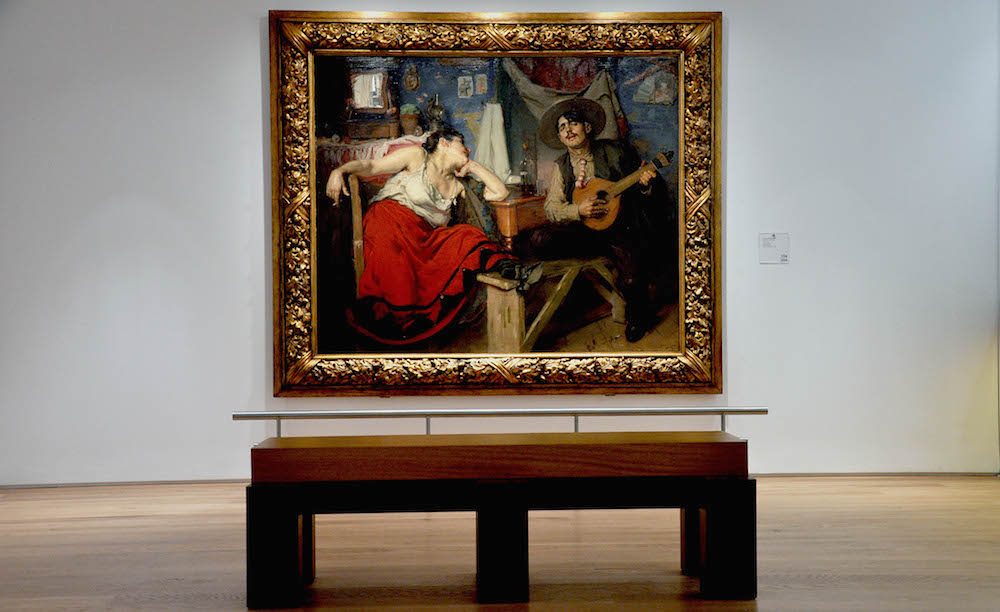 Portugal has a diverse musical culture - from the French Provençal strain in the folk music of the north of the country, to Fado, the country's national musical treasure (it's on the UNESCO Intangible Cultural Heritage list).
There are two basic styles of Fado: Lisbon and Coimbra. In Lisbon it is always sung by a solo performer, while in Coimbra it is often performed by groups of male university students. They are accompanied by two guitarists, one playing the melody on a twelve-stringed Portuguese guitar (descendant of the English guitar introduced into Portugal by the British community in Porto in the 19th century), and the other supplying the rhythm on the six-stringed viola. The intensely melancholic songs are usually about love, woes, and pains, or express sadness and longing for things that were lost or that were never accomplished, but in Coimbra, it also occasionally contains humor and political undertones.

Even musical experts cannot agree on the true origin of Fado. Although the word comes from the Latin fatum, meaning fate, some believe its drawn-out laments is a legacy of the Moorish occupation. Others say it developed from an African dance in Brazil, and according to another theory, the melancholy character of the music evolved from Portuguese seafarers who sang of home during their long absenses at sea.
It emerged as a bohemian art form in Lisbon's working-class districts of Alfama and Mouraria in the late 18th century, and gradually moved up-market. It became popular with the singer Maria Severa, who died at the age of 26 and later became the subject of Portugal's first sound movie in 1931. To this day, female performers wear a black shawl in her memory and her life story has been the influence of several Fado songs, poems, novels, and plays.

But it was Amalia Rodrigues in the 20th century who made Fado known beyond Portugal, performing all over Europe, Japan, South America, and even in the United States, in New York's "La Vie en Rose" in the 1950s. She's been credited with defining the style of the music, and when she died in 1999, the government declared three days of national mourning and awarded her a state funeral. As a national icon, she is buried in Lisbon's National Pantheon.
Listen to some of her greatest hits on YouTube: "Gaivota," "Barco Negro," and "Solidão (Canção do Mar)" (later adapted by singer Dulce Pontes, becoming the most famous Portuguese song of all time -- it was part of the soundtrack of the Richard Gere film "Primal Fear" and was the opening theme of the NBC series "Southland": "Canção do Mar ("Song of the Sea")").
Her CD "The Art of Amalia" is one of the best introductions to Fado. For contemporary recordings, the best choices are Mariza's "Fado em Mim," "Transparente", and "Fado Curvo."
Mariza is a multiple Grammy nominee and has won the Best European Act at the BBC World Music Awards. She is considered the new "Queen of Fado." In 2007 she went on a world tour that included a well-publicized concert in Los Angeles' Walt Disney Hall (with a stage designed by Frank Gehry just for her concert), and an appearance on the David Letterman Show. See her perform her biggest hit at a concert in Lisbon: "Gente da Minha Terra."

When visiting Lisbon, spending a night at a "casa de Fado," or Fado restaurant, is an essential experience. There are many in the Bairro Alto district, but the most authentic are found in Alfama. There's often a cover charge of between 15 and 20 euros, which when added to dinner, makes a night of Fado cost anywhere between 50 and 75 euros per person or more, depending on what you order. It's a good idea to make reservations, especially on weekends.
There are probably about two dozen Fado clubs in the city, but only a few are a true cultural experience. When asked where to go, most locals will probably recommend one of the few listed on the menu below. Click on the links to know what to expect in each.

If you are interested in knowing more about the history of Fado, visit the Fado Museum (pictured above).