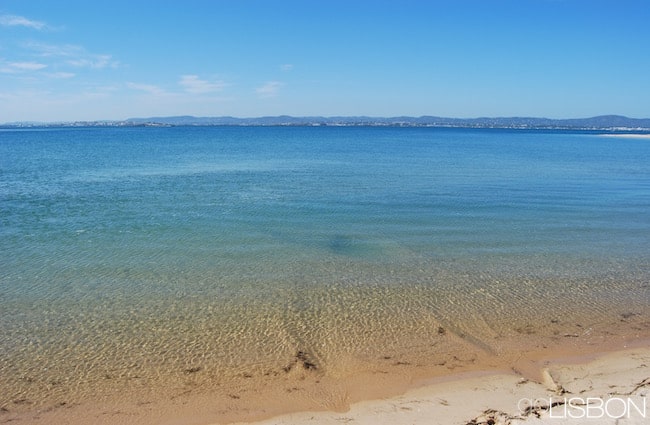 FARO is the capital of Algarve and home to its international airport. It is often overlooked, as visitors just pass it on their way to the resorts, but those who choose to linger a while find a town of considerable charm.
The main point of interest is the peaceful old town, reached via the Arco da Vila, an 18th century arch with stork nests at the top, built on the site of a medieval castle gate. At its heart is Largo da Sé, a cobbled square surrounded by elegant buildings, including the Bishops' Palace. Two hundred of its valuable books, now in the Bodleian Library in Oxford, were stolen during the period of the Iberian Union in 1596 when English troops burned the city.
In the center of the square is the Renaissance-style cathedral, which was all but destroyed in the English attack. The base of the bell tower, its medieval doorway, and two chapels survived, but everything else was rebuilt in the following century. The interior is richly gilded and decorated with 17th and 18th-century tiles, while behind it is a 16th-century convent converted into an Archeological Museum that includes remains from the nearby Roman ruins of Estoi. Particularly interesting is the mosaic devoted to Neptune and the four winds. The museum is located in Largo Dom Afonso III, a square dominated by the statue of King Afonso III, who conquered the city from the Moors in 1249.
Nearby is also the Church of São Francisco with a plain façade but with rich gilt-covered woodwork and blue and white tiles in the interior.
Back in the modern center of town is Faro's most bizarre sight, the Chapel of Bones in the baroque Carmo Church. The chapel's walls are entirely covered with bones and skulls from the church cemetery (put on display as a grim reminder of mortality), while the rest of the interior is Baroque, mostly decorated with precious Brazilian gold leaf. The Church of São Pedro is also attractive, with a fine altar whose central image is a gilded Last Supper in relief.
Many of the neighboring streets are pedestrianised, filled with inviting cafes and restaurants. A famous cafe is Café Aliança, a charming old-style coffeehouse with images of a bygone Faro.
By the harbor are two small museums, the Regional Ethnographic Museum (providing a glimpse of traditional Algarve way of life), and the Maritime Museum (with model ships illustrating the region's and the country's naval history).
The closest beach is a stretch of white sand on Ilha de Faro, reached by frequent ferry or bus services.


ESTOI is 11 km (7 miles) from Faro, and the site of several Roman ruins dating from the first or second century AD. There are thermal baths, columns, mosaics depicting sea life, and a well-preserved villa dating from the 2nd century. Some other finds are now housed in Faro's Archeological Museum. Overlooking the site are also the remains of a temple, which was later converted into a Christian basilica in the 3rd century, making it one of the world's oldest churches.
Also worth seeing in Estoi is the Estoi Palace, just off the main square. Built in the 18th century, it is one of the few buildings to escape the 1755 earthquake.
It is a pink Rococo palace similar to a bigger one in Queluz near Lisbon, with romantic gardens dotted with orange trees and palms, fountains, statues, and 19th century tiles depicting naked mythological women.

West of Faro is ALMANCIL, from where it is possible to reach the luxurious holiday villages of VALE DO LOBO and QUINTA DO LAGO. But before reaching Almancil it is worth stopping in São Lourenço to visit one of Algarve's treasures, the Church of São Lourenço. Built in 1730 and miraculously unaffected by the Great Earthquake, its interior is an outstanding masterpiece of stunning tile panels, covering even the cupola.

Prestigious Vale do Lobo is not too far away, with its high standard of accommodation, sports facilities and concern for the environment having earned it an award of "Best Resort of the Millennium." It also offers a wonderful beach that remains uncrowded even in high season.

Quinta do Lago is just as attractive, with the biggest golf area in Europe made up of four excellent 18-hole courses listed among the best in the continent. The pine-covered beachfront and its opulent villas is a favored retreat of movie stars and European presidents, the few who can afford this true luxury.


Not as aesthetically pleasing as these resorts is QUARTEIRA, a town made up of high-rise hotels and apartment buildings. It is an inexpensive alternative to the luxurious resorts with a long golden beach that stretches all the way to affluent Vilamoura, which can also be reached by bus.

VILAMOURA is Europe's largest leisure complex. Development has been environmentally friendly and tasteful, with its glamorous 4000 acres containing three golf courses, several tennis courts, a riding school, and fishing and shooting facilities.
Its huge marina, one of the largest in Southern Europe, is filled with restaurants, cafes, and shops, and nearby are the Roman ruins of Cerro da Vila, which date from the 1st century AD. They include scant remains of a bath complex and a house with mosaics, and in the beautifully landscaped surroundings are sumptuous villas.
The calm waters of Vilamoura's beach have often been used as a backdrop by fashion photographers, and Praia da Falésia and Olhos de Água are two other very attractive beaches nearby, as are Balaia and Santa Eulália to the west.


Its magnificent natural position, splendid beaches, and vibrant nightlife have transformed ALBUFEIRA from a quiet cliff-top fishing village to the top destination in Algarve.
Nevertheless, it remains quite pleasant, with the pretty old town having managed to retain its charm, made up of narrow pedestrianised streets lined with whitewashed houses. The fishermen's colorful boats also still line the rock-protected beach (Praia dos Barcos), although they now compete with sunbathers for space.
Another beautiful beach 3km (2 miles) away is Praia da Oura, with small sandy coves set between eroded ocher rocks, and immediately to the west of town are the excellent beaches of São Rafael, Galé, and Castelo, which tend to be a little more peaceful.

Those wishing to take a break from the sun can visit the 18th century Church of São Sebastião for its museum of sacred art, or walk down "the Strip" to the east of town. Lined with cafes, restaurants, bars, and clubs, it is especially popular at night.


Further west is ARMAÇÃO DE PÊRA, with some rather unattractive high-rises, but with a pleasant promenade and one of Algarve's finest beaches that stretches for miles, offering plenty of room even in high season. Two kilometers (about 1 mile) along the coast is Senhora da Rocha, a beautiful picture-postcard beach.

Other options to escape the crowds are found by the alluring village of CARVOEIRO, with the beautiful beaches of Carvalho and Benagil nearby. Carvoeiro and its tiny triangular beach get quite crowded in the summer, but ferries drop visitors off a series of sandy coves. A particularly beautiful spot is Algar Seco, with clear waters ideal for snorkeling.
One of Algarve's most beautiful beaches is just to the east of the village, the splendid Praia da Marinha.


To the west is PORTIMÃO, a heavily developed modern town notable for its shopping. The reason for a visit is Praia da Rocha, a magnificent beach known for its strange yellow rock formations standing in the blue-green sea. It is the widest cliff-backed stretch of sand in Europe, stretching on to become Praia do Vau, with more towering rock formations.
In the center of town is Largo 1 de Dezembro, a small square with ten benches covered in tiles depicting crucial events in Portuguese history, and a handsome parish church.


Lying across the estuary from Praia da Rocha is the picturesque village of FERRAGUDO, also with two fine beaches. Fortaleza de Santa Catarina, a 17th century fort in Praia da Rocha, now a cafe-restaurant, offers splendid views of Ferragudo from its terrace.

It is possible to take a cruise from Portimão's dock to the east to see the splendid coastline around Carvoeiro. A replica of a 500 year-old caravel is moored at the quay and is used to chart the mysterious caves and grottoes between Lagos and Armação de Pêra.

Another cruise goes up the Arade River, taking visitors to historic SILVES, the former capital of Moorish Algarve that rivaled Granada in splendor and influence. Not much remains from those times, and today it's a sleepy little place with an imposing castle standing above the surrounding orange and almond groves.
Just outside the castle is a 13th-century cathedral, largely Gothic and containing the tombs of the crusaders who helped conquer the town, and an archeological museum, with a large Arab cistern.

Not too far from Silves is ALTE, one of the prettiest villages in Algarve. It has a timeless serenity, with white houses and their characteristic chimneys, and a small 16th century church.

To the north is another alternative to the beaches, the hills of MONCHIQUE, a rural, unspoiled area of outstanding beauty. In the town of Monchique there's a parish church with a much-photographed Manueline portal, and in nearby CALDAS DE MONCHIQUE is a delightful spa complex, whose curative waters have been famous since the Roman Empire.

West of Portimão is the small town of ALVOR, with a delightful old quarter and a fine 16th century church. By the coast are luxury hotels facing the 15km-long (9 miles) Três Irmãos Beach, easily reached by bus from Portimão.