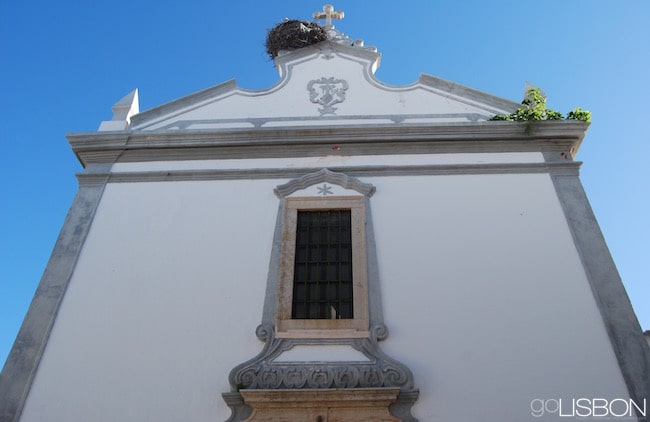 VILA REAL DE SANTO ANTÓNIO is a major border crossing point, with a handsome 18th century square built by Marquês de Pombal, the prime minister who also rebuilt Lisbon's downtown following the earthquake of 1755.
A ferry makes a short journey to Spain on the other side of the river to the town of Ayamonte, but continuing in Portugal to the west is the little village of CASTRO MARIM. Prince Henry the Navigator stayed briefly in the 13th-century castle above the town, although little remains of it. The town hosts a 3-day medieval fair at the end of summer with knights, archers, and plays by the castle.


TAVIRA is perhaps the prettiest town in Algarve and remains remarkably unspoiled. Its biggest pleasure is wandering through the old town observing a myriad of architectural details (such as distinctive pyramid-shaped rooftops), its over-three-dozen churches and fine 18th century mansions on both sides of the Gilão River, which are linked by a Roman bridge.
It can all be seen from the ruins of a 13th century castle, which also has some fine gardens. Santa Maria do Castelo Church stands adjacent to the castle, containing the tombs of crusading knights, and not too far away is the 16th century Misericordia Church with a beautiful Renaissance door and carved high altar. All the other churches in town are usually open during services only.
A ferry connects the town to a marvelous sand dune island nearby, Ilha de Tavira, a glorious island beach with warm waters excellent for swimming and bird-watching.


To the west is OLHÃO, a 17th century town built in the Moorish style that remains Algarve's major fishing port. Naturally, it has some of the best seafood restaurants in the region, but it is mostly famous for its cube-like fishermen's houses and busy colorful market, where vendors try to get everyone to confirm the fish's freshness. In the pedestrianised center is the imposing parish church, whose tower provides bird's-eye views.
Offshore are numerous sandy islands such as Ilha da Culatra and Ilha da Armona, easily reached by ferries that run every hour.

Central Algarve - From Faro, to the luxury resorts, through vibrant Albufeira, to inland villages
Western Algarve - From the spectacular beaches of Lagos to the End of the World