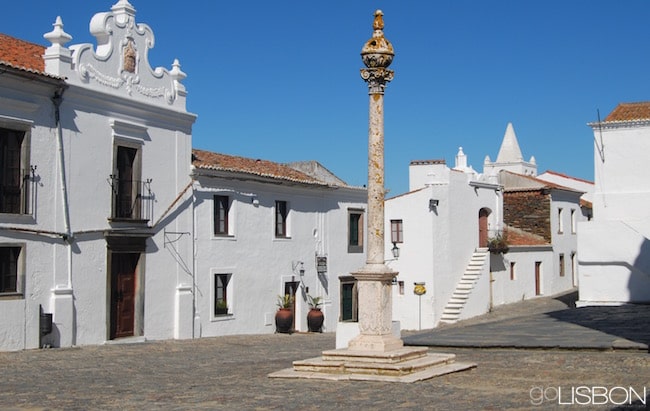 Alentejo is Portugal's most memorable province to visit. It is also its largest, occupying almost one third of the country, but with the lowest percentage of population of any Portuguese region. For the most part it is a peaceful region consisting of vast wheat fields, rolling plains, castles, and whitewashed villages, all seen on the way to Evora, an ancient World Heritage city that should not be missed by any traveler to Portugal.

In between is a rich legacy of early civilization, with a series of megaliths, stone circles, and dolmens.
To the northeast are the "marble towns" of Estremoz and Vila Viçosa, where local marble is used in the construction of fabulous façades, and close to the border are many heavily fortified towns and villages, such as Monsaraz, Marvão, and Elvas.

1. Wandering around the World Heritage City of Evora.
2. Feeling like royalty at a pousada in Estremoz, Crato, or Arraiolos.
3. Losing sense of time in the white medieval villages of Monsaraz or Marvão.
4. Admiring marble extravagance in Vila Viçosa and Estremoz.
5. Traveling back to prehistory among stone circles, dolmens, and menhirs around Evora.