The colossal palace that bankrupted the nation 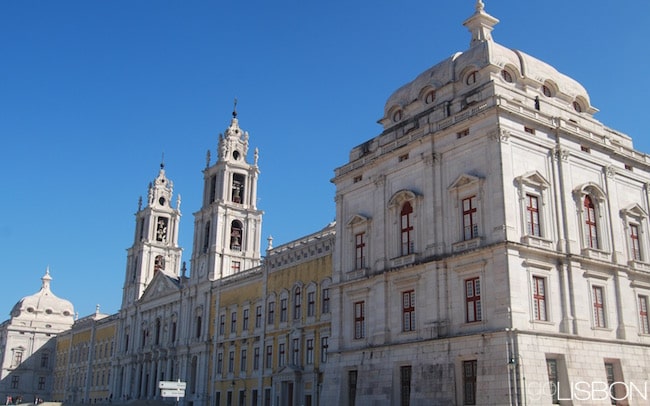 The words "massive," "monumental," "gigantic," "colossal," and "vast" fail to describe the scale of Mafra's Baroque royal palace. The grandiose monument was built in 1717 to celebrate the birth of a daughter to King João V, and includes a convent and a basilica.

The extravagant king wanted the palace and basilica to compete in magnificence and grandeur with Spain's Escorial and St. Peter's in Rome, and at the time it seemed that such a huge project would never be completed. At one point there were 45,000 men working on it, and several artists came from abroad, with 7,000 soldiers overseeing the workforce. They ended up creating 5,200 doorways, 2,500 windows, 880 halls and rooms, 154 staircases, 29 courtyards, and two bell towers boasting the world's largest collection of bells (57 in each) that can be heard for 24km (15 miles) when they're played on Sunday.

In 1720 the French ambassador reported to his king that all the money in Iberia would be insufficient to pay for it, but the gold that flowed in from the rich mines of Brazil made it possible in 1735. This remarkable accomplishment is the basis of Nobel-prize author José Saramago's novel Baltasar and Blimunda.

In the center is the Baroque façade of the basilica flanked by two bell towers, and at the sides are two large square towers with onion domes.

Visitors go from the king's apartments at one end, through the splendid baroque library and the domed basilica, to the queen's apartments at the other end, some 250m (820ft) away.

The extravagant rooms of the royal apartments are furnished with exceptional pieces of 18th-century furniture and paintings. One of the most eye-catching rooms has chandeliers made out of antlers and upholstery of animal skin. 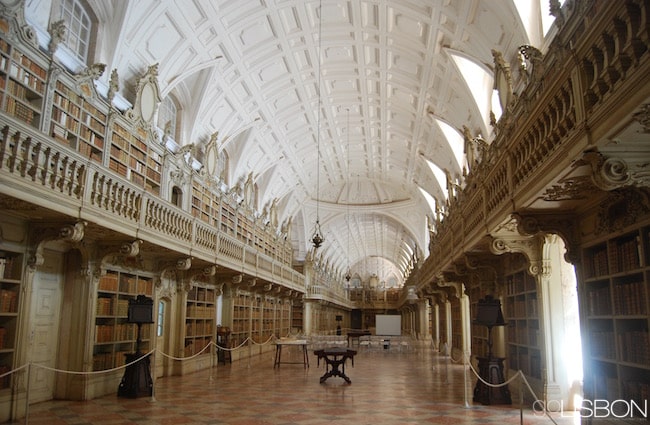 Most magnificent of all is the library, one of the finest in Europe, decorated with precious marble and exotic wood. It contains 35,000 volumes, including the precious first editions of Camões' Os Lusiadas, a trilingual Bible from 1514, and the earliest edition of Homer in Greek.

The royal basilica is also particularly remarkable for the quality of its pink and gray marbles, and has one of the world's largest domes (although dwarfed by the scale of the rest of the building). It also contains eleven chapels and includes six splendid Baroque organs and fine sculptures in the atrium.

Other areas open to the public include the hospital, a pharmacy with bizarre medical instruments, an audience room, and chapterhouse.

Behind the palace is the former royal hunting ground, now a wildlife park also open for tours.

Hourly "Mafrense" buses leave to Ericeira passing by Mafra from Lisbon's Campo Grande bus terminal, right outside the Alvalade XXI Stadium. The bus stop in Mafra is just a few feet from the palace (you may want to ask the driver to stop there when you buy your ticket). A few feet almost directly across the street is the stop for your return to Lisbon.


GO ON A TOUR OF MAFRA PALACE FROM LISBON »