The Home of the Knights 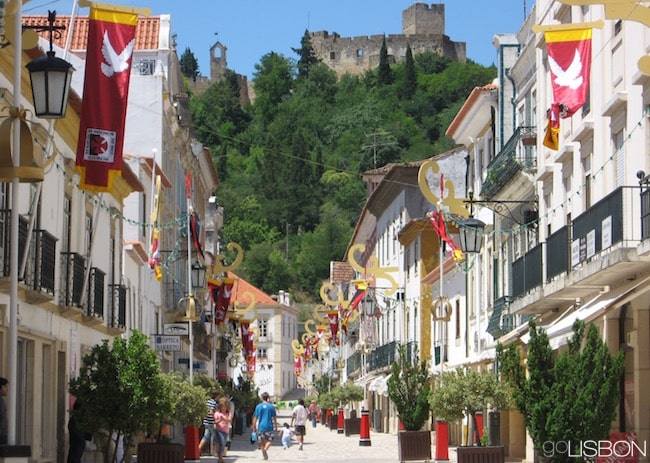 Tomar is a charming and historically outstanding town on the banks of the Nabão River. It is dominated by a 12th-century Templar castle containing one of the country's most significant and impressive monuments, the Convent of Christ (declared a World Heritage Site by UNESCO).

The main shopping street, the pedestrian Rua Serpa Pinto, leads to the Gothic Church of São João Baptista, on Praça da República, the town's elegant main square surrounded by 17th-century buildings. The 15th-century church has an elegant Manueline portal and inside are 16th-century paintings, including a Last Supper by Gregório Lopes, one of the finest of the country's 16th-century artists.

In the heart of town is a neat grid of streets, and on Rua Dr. Joaquim Jacinto is a well-preserved synagogue, one of Portugal's oldest, built in 1430. It was last used as a place of worship in 1497, when King Manuel I expelled all Jews who refused to convert to Christianity. It has four tall towers and a vaulted ceiling, and holds a small Jewish Museum named after Abraham Zacuto, a famous 15th-century astronomer and mathematician who helped build navigational aids for Vasco da Gama. It contains 15th-century Jewish tombstones and sacred items donated by Jewish communities around the world.

Not too far is the 17th-century church of São Francisco with a Match Museum in its former cloisters. It is an eccentric and interesting museum with the largest collection in Europe, displaying over 43,000 matchboxes from 104 countries.

On the east side of the river is a 13th-century church that was once the mother church for mariners in the Age of Discovery. The Church of Santa Maria do Olival has a Gothic façade and a distinctive three-story bell tower. Inside are the graves of Templar Masters and an elegant Renaissance pulpit.

On the hill leading up to the castle is the little Renaissance Nossa Senhora da Conceição Church, built in 1530 with a simple exterior but with elegantly carved Corinthian columns inside.

Across the old bridge is another small church, that of Santa Iria, the town's patron saint. She was a young nun who lived in Tomar in the 7th century, but was murdered and thrown into the river after a feud between two rival suitors, a nobleman and a monk. A legend says one of them gave her a potion to appear pregnant and the other killed her in a fit of rage. The church, built in the 16th century, has a coffered painted ceiling and 17th-century tiles. 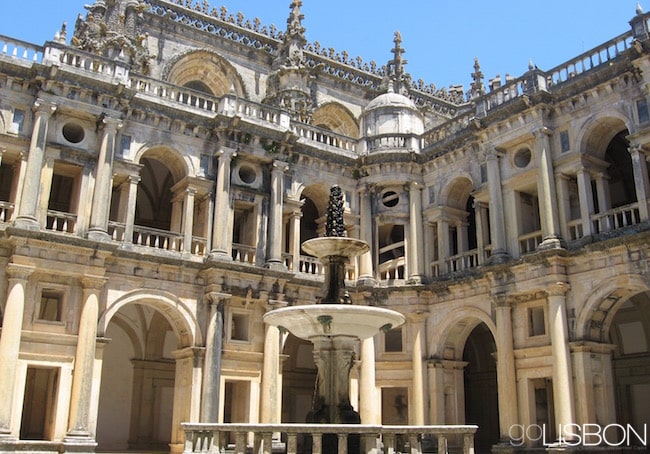 The Order of the Knights Templar that helped the Portuguese fight the Moors in the 12th and 13th centuries were rewarded with extensive land and political power. King Dinis renamed it the Order of Christ, and castles and churches were built to protect the Templars. One of those was the castle and convent of Tomar, one of Portugal's most brilliant architectural accomplishments that was built in 1162.

In 1418, Prince Henry the Navigator, Grand Master of the Order, built the extraordinary Charola and the Templars' fortress. In the 1550's the Great Cloister and Manueline flourishes were added.

An elaborate portal leads to the outstanding nave with exuberant Manueline decoration. Next to it is the Charola where the Templars attended mass on horseback, with a layout based on the Rotunda of Jerusalem's Holy Sepulchre. It has a central octagon of altars and includes 16th-century paintings and frescoes.
From there, the conventual buildings are spread around several cloisters. The Great Cloister is Renaissance in style with two levels. The ground level has Tuscan columns and the upper, Ionic.
On a terrace above it is outstanding Manueline decoration, including a famous window that is the most extraordinary example of Manueline-style ornament. It was sculpted in 1510 with motifs of the ocean and the Age of Discovery: tangled "ropes", "seaweed," coral, the Cross of the Order of Christ, and the royal arms and armillary spheres of King Manuel, all evoking the feeling and spirit of the great Age of Discovery.

The oldest cloister in the convent is the Gothic Cemetery Cloister with tiles and tombstones of monks. Vasco da Gama's brother, Diogo da Gama, lays here.

There is a spectacular festival in town that takes place every four years called Festa dos Tabuleiros ("Festival of the Platters"). There is a procession of about 400 girls in white carrying towers of platters with bread and flowers on their heads, along with music and fireworks. On the following day, bread and wine, blessed by the priest, is handed out to local families.

Some 20km (12 miles) south of Tomar is the fairytale Templar CASTLE OF ALMOUROL, romantically sited on a little island in the middle of the Tagus River. Gualdim Pais, Master of the Order of the Knights Templar, built it in 1171, and the towers and crenellated walls remain perfectly preserved. There is a number of legends about this magical place, including one that says the castle is haunted by the ghost of a princess sighing for the love of her Moorish slave.

Tomar was declared a World Heritage Site because:

"Originally designed as a monument symbolizing the Reconquest, the Convent of the Knights Templar of Tomar (transferred in 1344 to the Knights of the Order of Christ) came to symbolize just the opposite during the Manueline period - the opening up of Portugal to other civilizations."