The major celebrations throughout the year 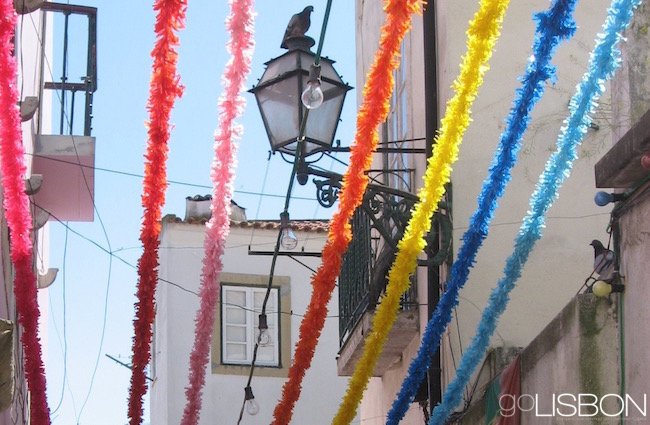 Practically every Portuguese city, town and village holds a festival to honor its patron saint, particularly during the summer months. The most colorful occasions take place in the north of the country, especially in the province of Minho. In cities like Viana do Castelo, women wear beautiful traditional costumes, notable for their colors and gold jewelry, and couples dance lively dances to the sound of a variety of instruments such as accordions, bagpipes, and drums.

In Lisbon, the biggest celebrations take place in June in honor of Saint Anthony. On June 12, the mayor offers free weddings in Saint Anthony's Church, followed by an all-night street fair in the Alfama district. The city's oldest quarters are decorated with paper lanterns, colored lights, and streamers, and the day ends with a parade down Avenida da Liberdade, when each neighborhood marches vying for prizes for the best costumes and songs.

Every region has its own way of expressing its cultural heritage, and in the Tras-os-Montes province the most famous dance is that of the Pauliteiros ("Stick Dancers"). This dance is of ancient origin, probably descended from Celtic times, and perhaps associated with fertility rites. Looking rather like Britain's Morris dancers, the men dress in white linen kilts and smocks, black waistcoats, bright scarves and shawls, and black hats covered in flowers and ribbons, and do a rhythmic dance to the clacking of short wooden sticks. They appear at major festivals around the region and occasionally go all over the country.

Other dances around the country include the "Vira" in the village of Nazaré, and the "Fandango" in the center regions. Algarve also has its traditional dance, the lively and vigorous "Corridinho." All these dances are often performed at the various popular festivals, which also include long processions with people festively dressed, followed by a variety of attractions and entertainment, with dancing and singing, fireworks, eating and drinking.

About six weeks before Easter are also the Carnaval or Mardi Gras festivities. There are round-the-clock celebrations throughout the country, but the biggest ones are in Loulé in Algarve, Ovar, and Torres Vedras. There are parades with satirically decorated floats, masked marchers, and music. A few weeks later, the Easter or Holy Week Festival in Braga features a series of vast and colorful processions.

Another particularly notable celebration is the Festa dos Tabuleiros, celebrated in Tomar in alternate years. Girls walk in procession wearing tower-like structures known as "tabuleiros" (often as tall as the girls carrying them) on their heads, each incorporating thirty loaves of bread and a decoration of flowers and foliage. This event celebrates a 14th century ceremony during which the Order of the Holy Ghost distributed food to the poor.

Festivals associated with the Holy Ghost also take place in the Azores Islands. In the Azorean festival, an "emperor" (usually a child) is crowned in the parish church, and presides over the festivities that take place each Sunday for seven weeks after Easter. The seventh Sunday is the occasion of a great feast in the village, when a Holy Ghost soup is made from beef and vegetables, and is handed out, along with bread, to everyone outside the local Imperio, a small chapel usually painted every spring in bright colors. All this is accompanied by dancing, brass bands, and lavish floral displays. In Madeira, a Flower Festival takes place in the spring, when shops and houses are completely decorated with flowers, and there is a parade of flower-covered floats.

Despite opposition from local and international organizations, bullfighting is still a popular Portuguese tradition, not only held in special bullrings in the larger towns, but also in market squares in smaller villages. The first recorded mention of bullfighting in the Iberian Peninsula is from the 1st century Roman historian Strabo, but its modern version was born in the Middle Ages when knights maintained military fitness and prepared for battle by fighting bulls, and displayed their skill and courage by staging these events in castle courtyards and town squares.

Today, the bullfighter or cavaleiro ("horseman") wears a traditional 18th century costume consisting of a gold-embroidered coat of silk or velvet, and rides an elaborately adorned horse. First, a team of bullfighters on foot distracts the bull with capes, and the cavaleiro places darts on its back, showing off his and the horse's courtly skills. When the bull is sufficiently fatigued, the final dart is placed, and the cavaleiro exits the arena. Then a group of eight men parades into the arena, and the leader confronts the tired bull. When the bull charges, the leader meets it and seizes it by the horns. As he hangs suspended between the bull's horns, the other men rush in and try to force the animal to a standstill by hanging on to its tail. At the end, unlike in Spain and France, the bull is not killed in the arena, and cows are led in to lure it from the ring.

The bullfighting season lasts from Easter to October, and bullfights are usually held on Thursdays and Sundays. The best known fights take place in Lisbon's Campo Pequeno bullring, and in the center of the country, where the bulls are bred.

For other days when special events may be held throughout Portugal, check out our information on public holidays.

See the menu below to answer other common travel concerns: