Breathtaking views and a medieval maze; the village within a city; the historical soul of Lisbon 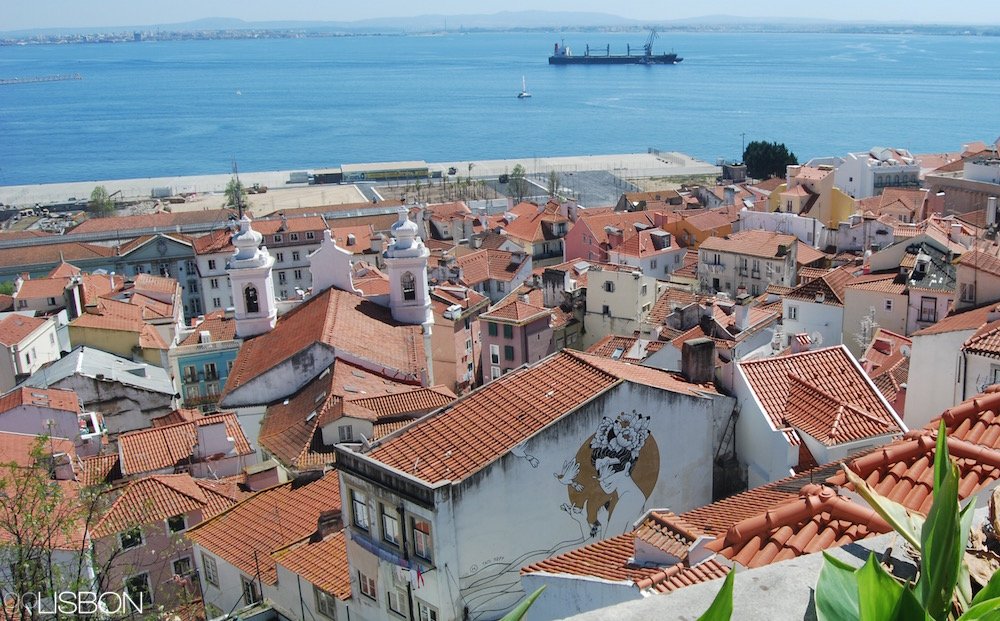 Alfama is Lisbon's most emblematic quarter and one of the most rewarding for walkers and photographers thanks to its medieval alleys and outstanding views.
Because its foundation is dense bedrock, it survived the 1755 earthquake, and a walk through this old-fashioned residential neighborhood is now a step back in time. It's a village within a city still made up of narrow streets, tiny squares, churches, and whitewashed houses with tile panels and wrought-iron balconies adorned with pots of flowers, drying laundry, and caged birds.
It was settled by the Romans and the Visigoths (it was also an important Jewish quarter in the 15th century), but it was the Moors who gave the district its atmosphere and name (alhama means springs or bath, a reference to the fountains and hot springs found in the area). They were also responsible for its web of streets created as a defense system, while at the same time enabling their homes to remain cool in the summer.
Most of the older residents have lived here all their lives and retain a strong sense of community, although an increasing number of wealthier people are investing in their properties and moving in. Other renovated buildings directly below the castle have been converted into some of the city's most atmospheric and unique hotels, and many of the traditional buildings are now charming apartments.
Alfama has influenced poets and novelists, and although Bairro Alto is the city's traditional Fado quarter, it's Alfama that has always been the inspiration for Fado songs, and is just as popular with Fado Houses.
The district has an intangible quality that needs to be experienced to be truly appreciated, and the best way to get to know it is to get a little lost (something almost impossible to avoid), and wander around admiring the postcard-perfect views, visiting the churches, and walking up to the castle for the most breathtaking panorama of the city and the greatest sunsets.
Contrasting with these timeless images is a trendy modern development by the waterfront across from Santa Apolonia train station. It houses stylish design shops, restaurants, and one of Europe's top clubs, "Lux."

See many of Alfama's attractions and ride Lisbon's metro, buses, and trams for FREE with the Lisboa Card.

Don't forget to: Stop at the miradouros of Portas do Sol and Graça.

Off the beaten path: Although popular with hip locals, Doca do Jardim do Tabaco's stylish and trendy eateries are still relatively unknown to visitors.

Transportation: Tram 28, then it's best to walk around.


Saint George's Castle - Overlooking the city from millennium-old walls.
The Cathedral - The city's oldest building.
Miradouro das Portas do Sol - Standing over Alfama's rooftops, domes, and church towers.
Miradouro de Santa Luzia - Views of the river and Alfama.
Sao Vicente de Fora Church - A 16th century monastery with an exceptional tiled interior.
The National Pantheon - The domed church that took centuries to complete.
Santo Antonio Church - Saint Anthony's birthplace.
Graça Church and Miradouro - A panoramic view to the castle and the city.
Casa dos Bicos - A 16th century architectural curiosity.
The Roman Theater - The archaological remains of a once large Roman theater.
Decorative Arts Museum - A captivating decorative arts collection.
Fado Museum - The story of the national music.
Military Museum - A testament to the country's battles.
The Tile Museum - An ancient art form in a lavish old convent.
Doca do Jardim do Tabaco - Sleek restaurants and club on the waterfront.