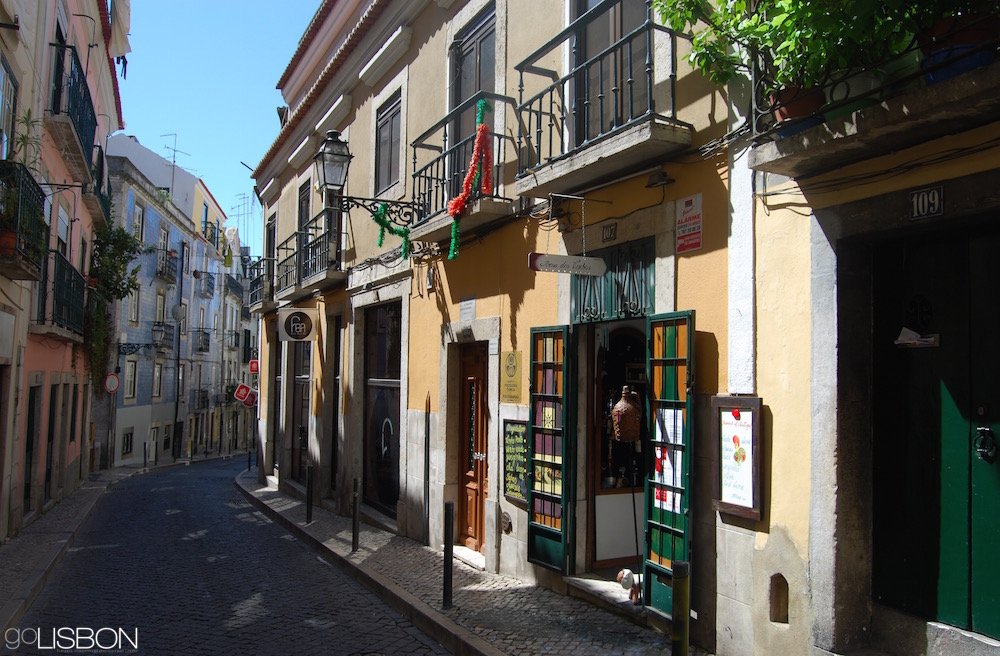 Bairro Alto is a picturesque quarter dating from the 1500s, that has traditionally been the city's bohemian haunt of artists and writers. Its grid of streets is quiet during the day, but is transformed at night into one of the city's most vibrant nightlife quarters. Behind colorful and graffiti-ridden façades is a variety of traditional and international restaurants, tourist-packed Fado Houses, and a multitude of bars and alternative shops that stay open until late at night. Throughout the week, and especially on weekends, you'll find people of all ages, backgrounds, and lifestyles bar-hopping through the cobbled lanes or standing outside with a drink in hand, enjoying the city's usual mild nights. It's possible to stay right in the heart of this district, with many self-catering apartments offered by local owners, as well as many more traditional hotels nearby.
The main commercial streets are Rua do Norte, Rua da Atalaia, and Rua do Diário de Noticias, from where it's easy to reach Miradouro de São Pedro de Alcântara (a garden-terrace with a panoramic view over the city), and two of the city's most interesting churches: São Roque with its magnificent baroque interior and the romantic gothic ruins of Carmo Church. 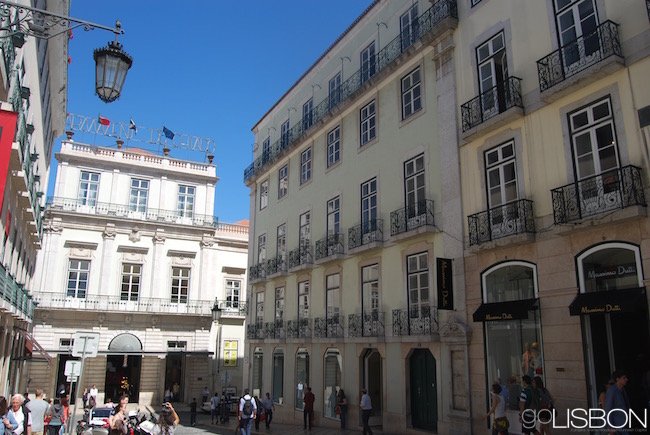 Neighboring Chiado is an elegant, sophisticated district of theaters, bookshops, old-style cafes, art nouveau jewelry shops, luxurious international names such as Hermes, and local treasures such as the opulently gilded Tavares Restaurant (Lisbon's oldest restaurant, opened in 1784) and the fine porcelain shop Vista Alegre.
Much of the area was destroyed in a fire in 1988, but has since been reborn. It remains one of Lisbon's most beloved districts, with reminders of its past as the center of the city's intellectual life, with statues of literary figures such as Fernando Pessoa, Luis de Cam&otildees, and Eça de Queiroz.
To the west, following the tram tracks, is the district of Estrela, dominated by a huge domed basilica. It's not far from the country's parliament (the neoclassical São Bento Palace), and connects to the west to opulent Lapa, the diplomatic quarter with grand embassy buildings and old mansions. It's also the site of the Ancient Art Museum, one of the city's top attractions.

See many of Bairro Alto's and Chiado's attractions, and ride Lisbon's metro, buses, and trams for FREE with the Lisboa Card.

Don't forget to: Return to Bairro Alto at night for its vibrant nightlife and some of the city's most popular restaurants, bars, and alternative shops.

Off the beaten path: The popular tram 28 passes by, but few stop to see the pretty Estrela Basilica, in the Estrela district nearby.

Transportation: Take the metro or walk from downtown to reach Chiado and Bairro Alto. To get to Estrela and Lapa, take trams 28 or 25.