Overlooking the city from millennium-old walls 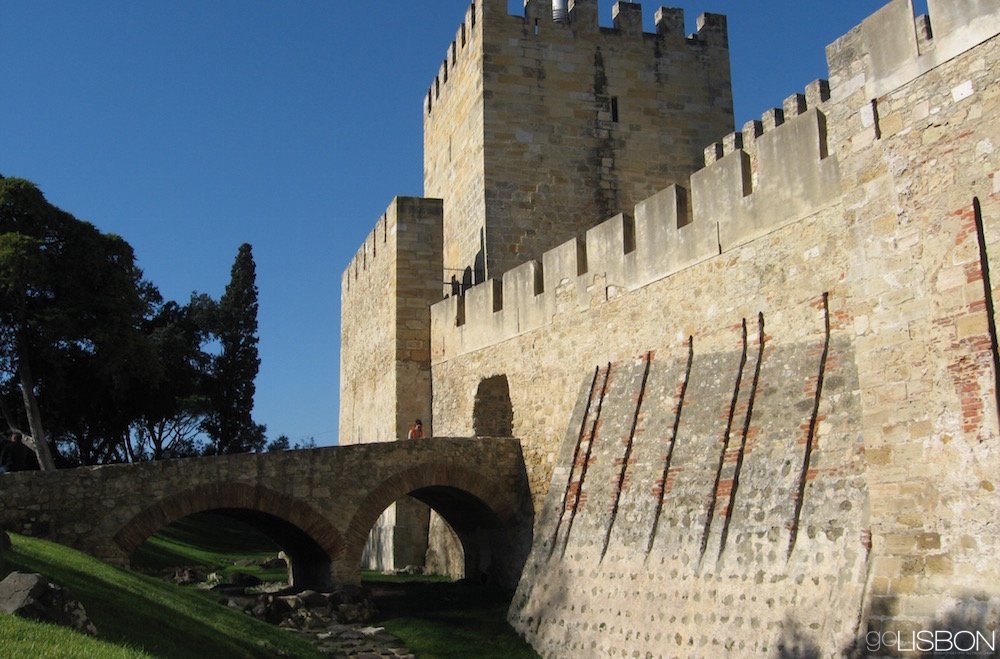 Saint George's Castle can be seen from almost anywhere in the city. Its oldest parts date from the 6th century, when it was fortified by the Romans, Visigoths, and eventually the Moors. It served as a royal Moorish residence, until Portugal's first king, Afonso Henriques, captured it in 1147 with the help of northern European crusaders on their way to the Holy Land. It was later dedicated to St. George, the patron saint of England, commemorating the Anglo-Portuguese pact dating from 1371, and became the royal palace until another one (that was destroyed in the Great Earthquake) was built in today's Comercio Square.

It's now an oasis of peace, but just past the main gate is a statue of King Afonso Henriques and a series of cannons, reminding you of its original purpose. What remains of the Alcaçovas Palace where medieval kings lived, is a stone building now housing a restaurant, and round the back, a small archaeological museum in three underground chambers (including the one where Vasco da Gama was received by King Manuel in 1499, after his voyage to India).

Most of the castle was destroyed over the years, especially in the Great Earthquake of 1755, but still includes a long extension of walls and 18 towers that were restored in the early 20th century. Visitors can climb the towers and walk along the ramparts for the most breathtaking views of Lisbon (which confirm it as one of the most beautiful cities in the world), or relax in the gardens where peacocks, geese and ducks strut around. One of the castle's inner towers, the Tower of Ulysses, holds the Câmara Escura, a periscope that projects sights from around the city.

Get to the castle for free -- ride Lisbon's metro, buses, and trams for FREE with the Lisboa Card. 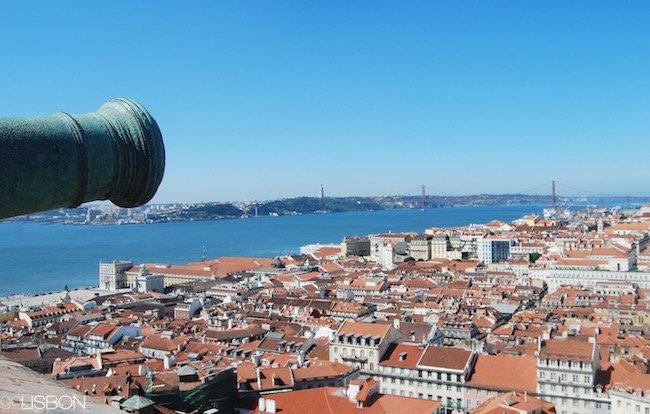 Stay at the Castle

If you're looking for accomodation by the castle, there's the Solar do Castelo and Solar dos Mouros hotels, as well as a number of apartments.