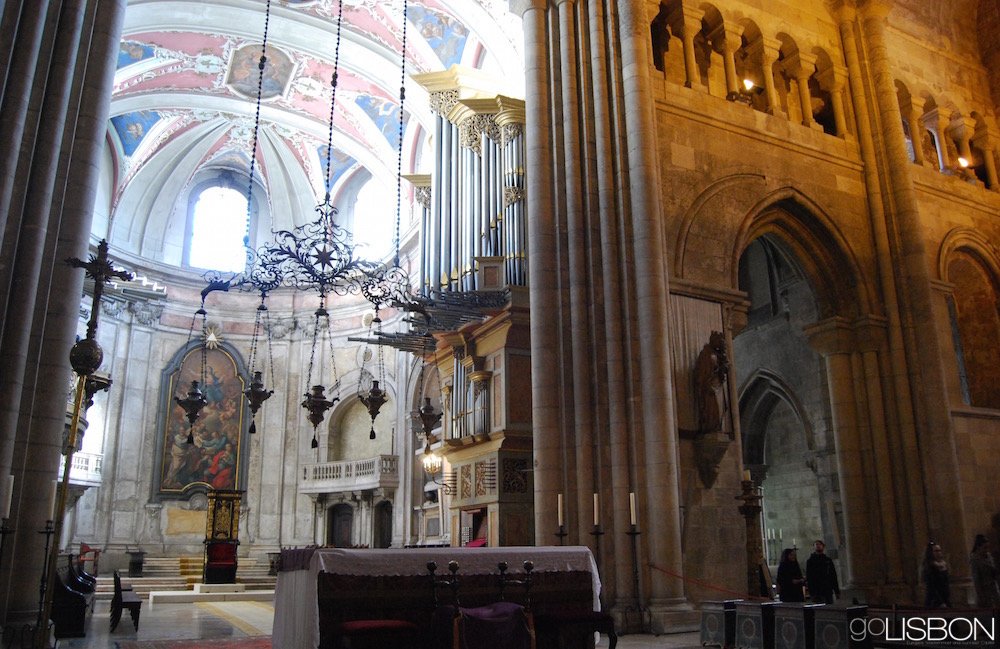 Lisbon's ancient cathedral was built by Portugal's first king on the site of an old mosque in 1150 for the city's first bishop, the English crusader Gilbert of Hastings.

From outside (with two bell towers and a splendid rose window) it resembles a medieval fortress, while inside it appears predominantly Romanesque, with a Gothic choir and ambulatory.

At the entrance, to the left, is a baptismal font used in 1195 to baptize Saint Anthony who was born nearby, and in the first chapel on the left is a beautifully detailed nativity scene.

In the 14th-century cloisters, in what were once the gardens, there have been excavations which have revealed Roman and Visigothic remains as well as parts of the former mosque wall.

In the sacristy is the cathedral treasury with numerous sacred objects, the most important being the casket containing the remains of St. Vincent, the official patron saint of Lisbon. 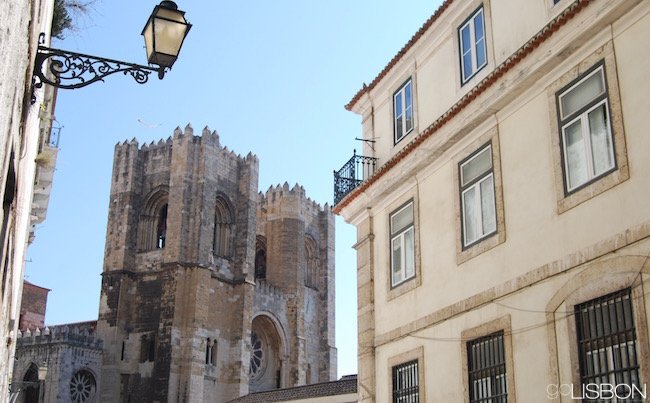