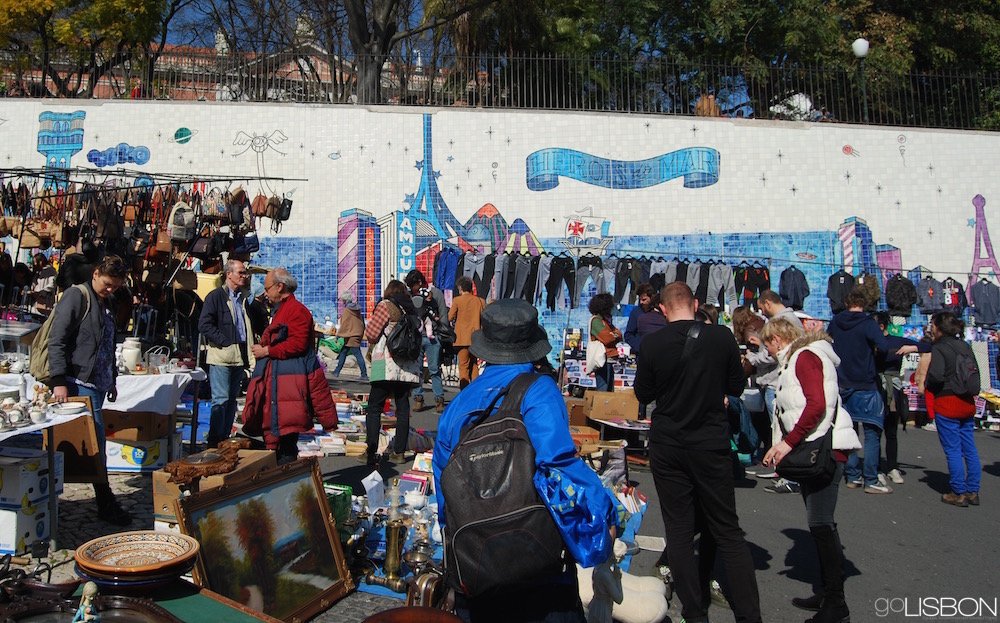 Lisbon's flea market is called "Feira da Ladra," often thought to mean "Thieves' Market" (in Portuguese, "ladra" is a woman thief) but it actually derives from "ladro," a bug or a flea found in antiques. A market of this type is thought to have been in place in Lisbon since the 12th Century, and the name "Feira da Ladra" was first mentioned in the 17th Century.

The traders here are perfectly legal, offering everything from junk to unexpected treasures, around the Campo de Santa Clara, a square by the National Pantheon.

The market is held every Tuesday and Saturday, from dawn to the early afternoon. There are small stalls, but many traders simply display their store on a stretched-out blanket.


Get to the market for free -- ride Lisbon's metro, buses, and trams for FREE with the Lisboa Card.

Where: Campo de Santa Clara, Alfama
How: Tram 28
When: Tuesdays and Saturdays