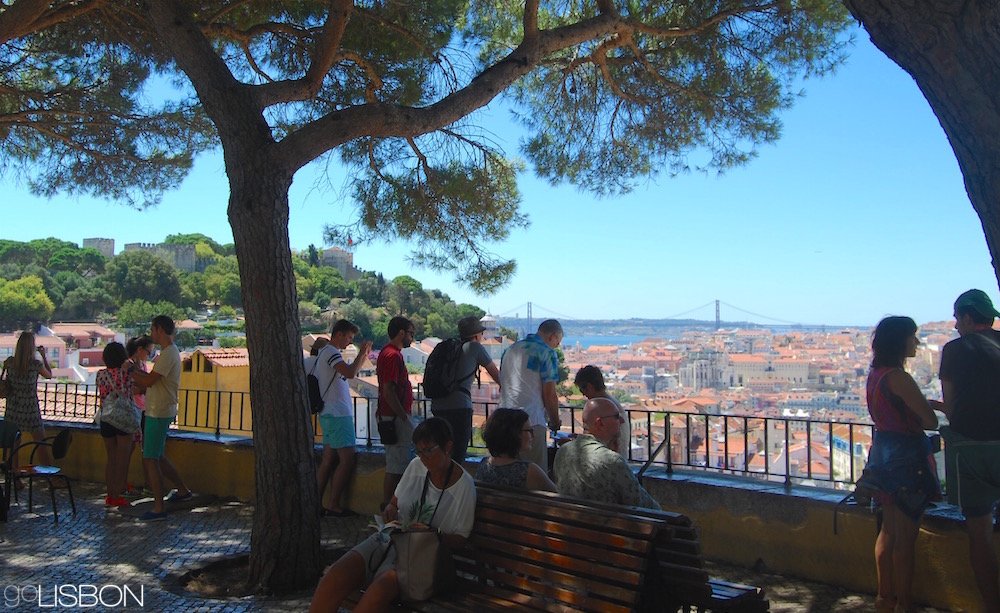 Up on the hill above São Vincente de Fora Monastery is the residential Graça district, reached by tram 28.
By Graça Church (one of the city's oldest, built in 1271 with a Baroque interior and 17th-century tile panels) is Miradouro da Graça, a splendid terrace offering a panoramic view of the castle and central Lisbon.
The open-air café and its relaxing atmosphere is a favorite of young locals, especially in late afternoon. During the summer it remains open well into the night. 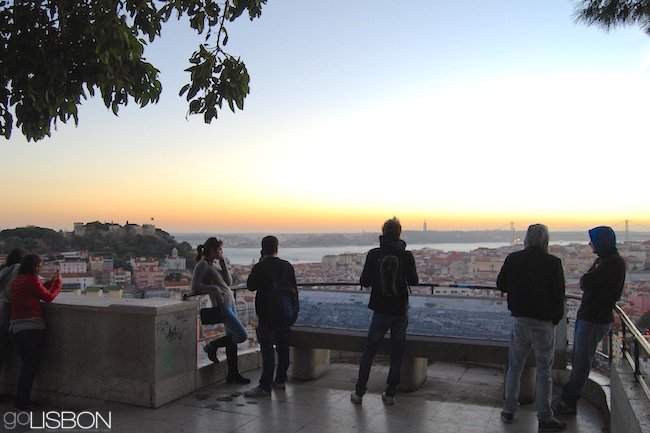 An even more extensive view over the city, and in particular over the castle, is seen from Miradouro da Senhora do Monte ("Our Lady of the Hill Viewpoint"). This is the highest point in the city, and its serene atmosphere attracts young couples.
A small image of the Virgin standing in front of a chapel dedicated to Saint Gens overlooks the city.
It can be reached by turning left on Largo da Graça from Miradouro da Graça into Rua Damasceno Monteiro, then bearing right up Calçada do Monte.

Where: North of Alfama
How: Walk up from Alfama or take tram 28.