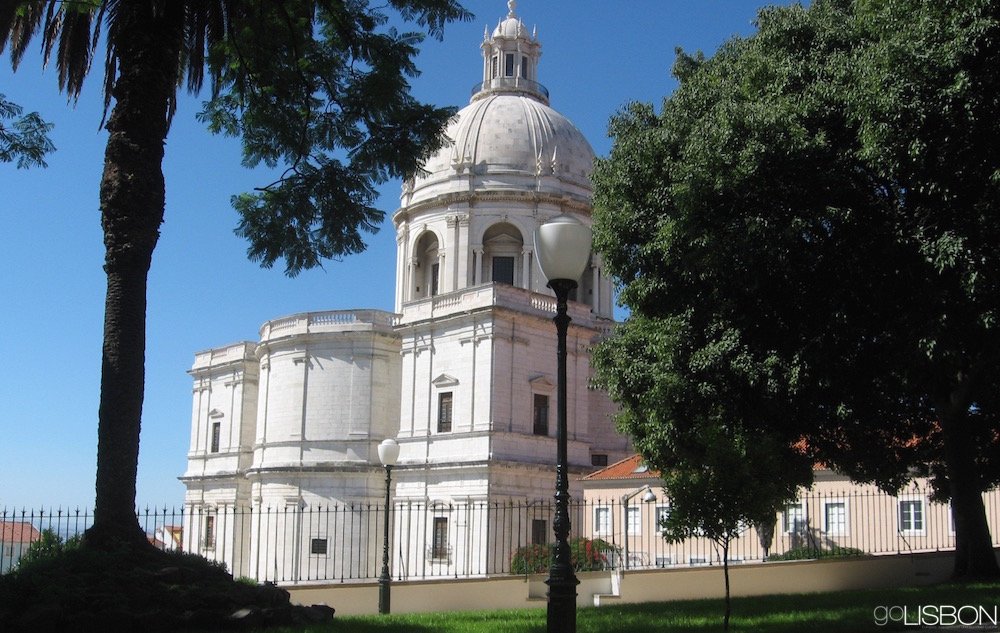 Santa Engracia Church, or the National Pantheon, stands on the site of an earlier church that was torn down after being desecrated by a robbery in 1630. A Jew was blamed for this and executed, but was later exonerated. Legend has it that before dying, he cursed the rebuilding of the church because of the conviction of an innocent man. The plan to reconstruct (by master stonemason João Antunes, bearing many similarities to Peruzzi's plans for St. Peter's in Rome) did take several centuries to be completed, only finishing in 1966.

Today it has been designated the National Pantheon, and contains the tombs of several Portuguese presidents, writer Almeida Garrett (one of the country's leading 19th-century literary figures) and, in recognition of her iconic status, Amalia Rodrigues, the most famous Fado diva.

The building is on the plan of a Greek cross, and the interior is covered in beautiful, multicolored slabs of polished marble. It is crowned with a dome that provides a 360-degree view of the river and the city.

The "Feira da Ladra," Lisbon's flea market is held nearby on Tuesdays and Saturdays.

Get FREE admission to the National Pantheon and ride Lisbon's metro, buses, and trams for free with the Lisboa Card. 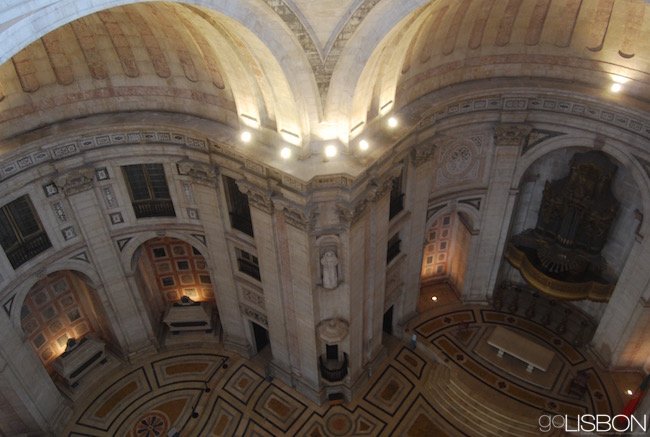