Striking contemporary architecture on the waterfront 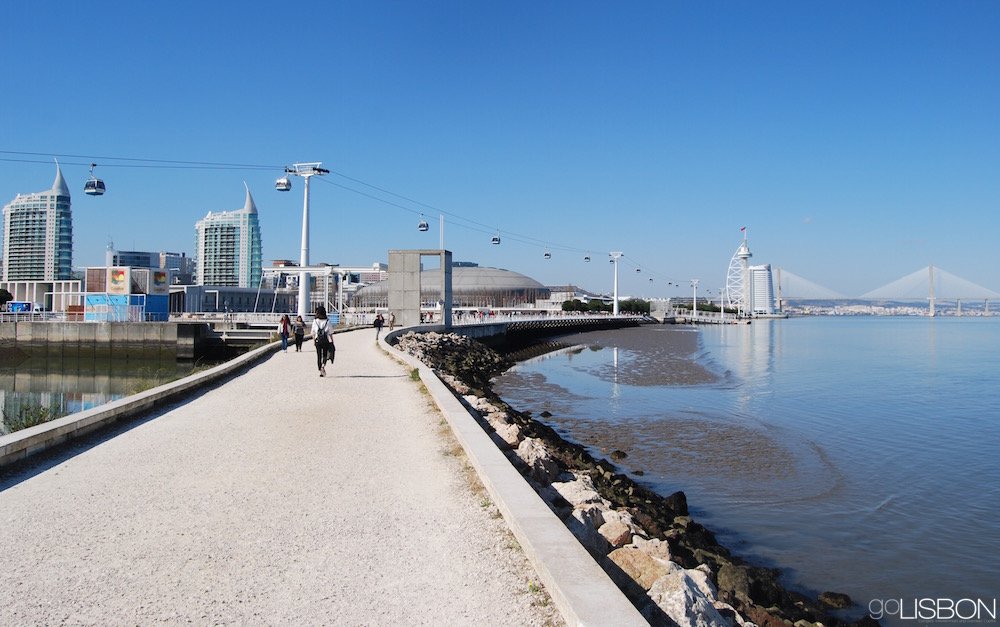 The futuristic architecture of Eastern Lisbon is a complete contrast to the city's old quarters. Most of it was built by innovative architects for Expo 98, the World Fair that took place in Portugal's capital between May and September of 1998.
Lisbon's World Fair was special because it hosted a record 130 countries and international organizations, was the 100th international exhibition since the Great Exhibition of London in 1851, the last one of the 20th century, and coincided with the 500th anniversary of Vasco da Gama's arrival in India and the United Nations' "Year of the Oceans." The theme was "The Oceans: A Heritage for the Future," and the entire area at the eastern end of the city's waterfront was rebuilt for the event. When it was over, the new urban district was dubbed Parque das Nações (Park of Nations), and became one of the largest urban redevelopment projects in Europe.
Most people arrive by metro, which stops at the stunning Oriente Station. From there, many are drawn to the Vasco da Gama Shopping Center or head straight to the several popular attractions in the area. The main highlight is the state-of-the-art Oceanarium, hailed as the world's most impressive aquarium.
Other attractions include a modern casino, water gardens, a viewing tower, a marina, and a number of bars and restaurants with outdoor seating overlooking one of the world's longest bridges. Two striking twin towers designed to look like giant sailboats are apartment and office buildings named after two of Vasco da Gama's ships, São Gabriel and São Rafael.
To tour the area, many visitors ride the cable car that runs the full length of the site, parallel to the river, while giving commanding views along the way.
See many of Parque das Nações' attractions and ride Lisbon's metro, buses, and trams for FREE with the Lisboa Card.

Don't forget to: Take a look at the eye-catching contemporary artwork and colorful tile murals of the stations on the red line of the metro that lead to Oriente Station.

Off the beaten path: Walk along the waterfront, past Vasco da Gama Tower, all the way to Vasco da Gama Bridge, where there are pleasant gardens and lawns to sit and admire the magnificence of the bridge and the river.