The heart of Lisbon 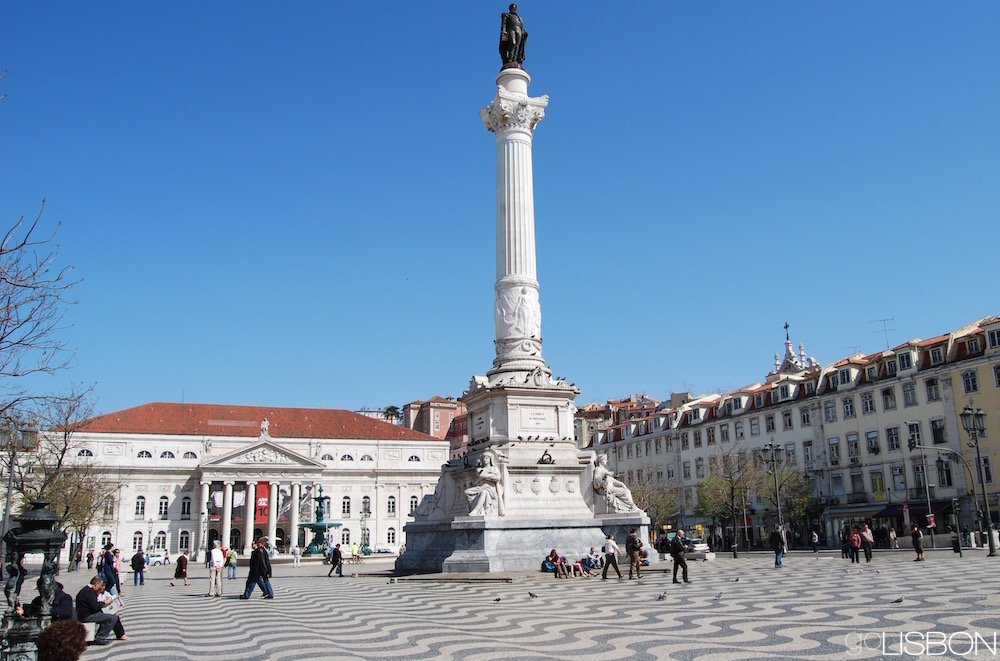 Rossio is the liveliest square in the city, where people stop to sit and relax, or for a drink at the several atmospheric cafés with outdoor sitting (the most popular is the art-deco "Cafe Nicola" on the western side).
On either side of the square are two baroque fountains, and in the center is a monument measuring 27 meters in height. It consists of a pedestal with marble allegories of Justice, Wisdom, Strength, and Moderation, qualities attributed to Dom Pedro IV, whose statue stands on top of the monument.

In the 19th century, the square was paved with cobblestones in wave patterns, a design seen today in many other pavements all over Portugal, and that has spread to Portugal's former colonies from Rio de Janeiro (Brazil) to Macao (China).

On the north side of the square is the Dona Maria II National Theater, a monumental neoclassical building built in the 1840s. The portico has six Ionic columns (originally from the Church of St. Francis, destroyed in the 1755 earthquake), and crowning the pediment is a statue of playwright Gil Vicente. 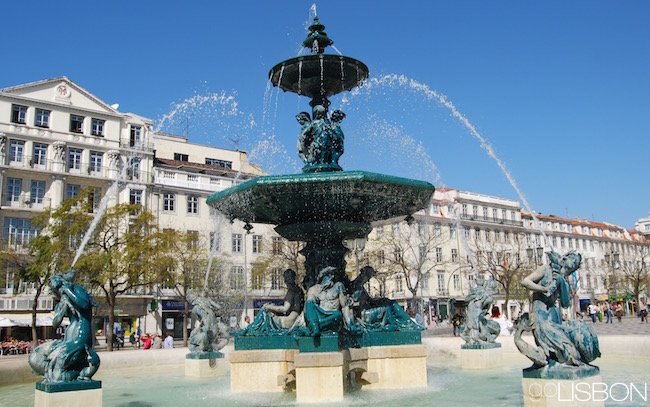